What Time Of Day Do Domains Expire?

I’ve been pondering what time of day domains actually drop. So I decided to run a study against 10,000 expiring domains. I set the program up the day before, loaded a list of 10,000 domains that were set to expire the next day. The script kept “breaking.” I dug into why it stopped/crashed shortly after 2 hours after I went to bed. So then I realized the insane restrictions on domain APIs. So I scaled down to check 1,000 domains, and again, another day of mixed and inaccurate results because of API issues.

So I just got impatient and tried about 35 domains to see if I could get a result. I then realized that wasn’t enough, so I did it yet again, on 75 days. About a week later after starting, I finally have some data. All domains were checked within every 70 seconds, so this is correct almost to the minute. There were 3 extensions I primarily checked. Those being com, net and org. I also checked one or two from cc and tv that I’ll also show.

While there’s not much data here, I think there’s enough to draw some conclusions. If there’s interest, I’ll try again with a larger data set. If you’re interested in that, please write in the comments.

The time stamps below are EST (-5), not EDT (-4), even though as I write this article we are in daylight savings time. My server was in EST. 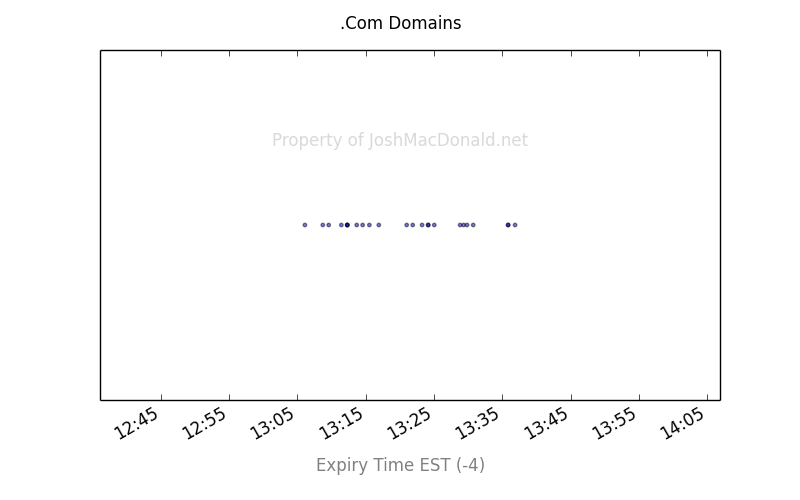 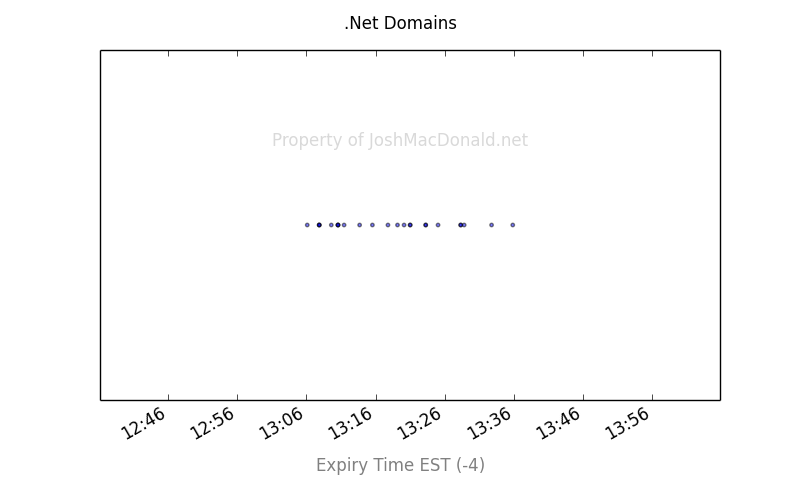 Notice how one .org domain expired very early in the morning while the others came later. I did other tests where I noticed a similar behaviour for .org domains. Some expire around midnight, or just after, EST. 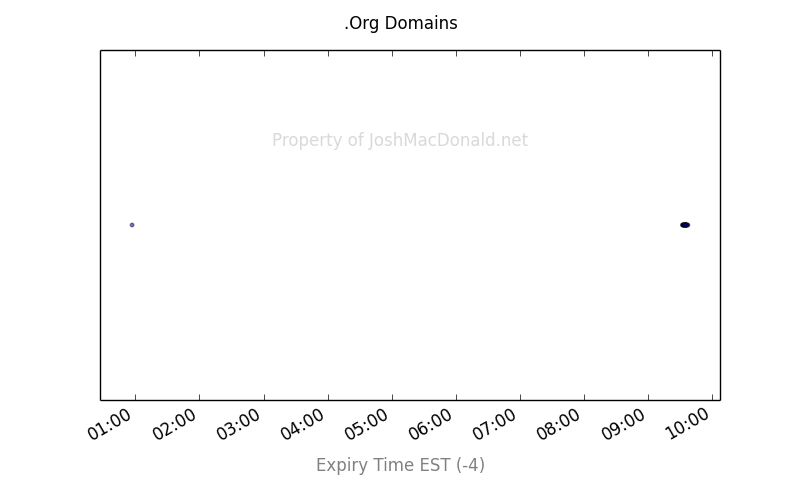 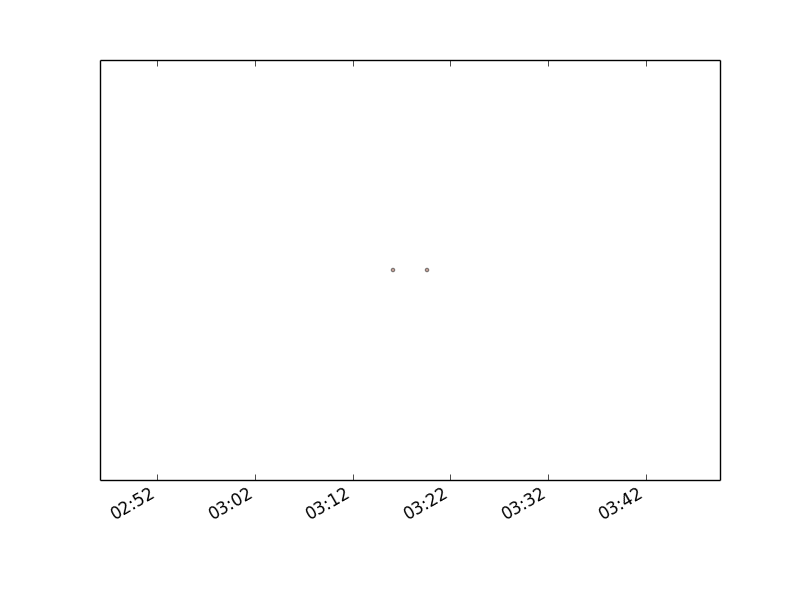 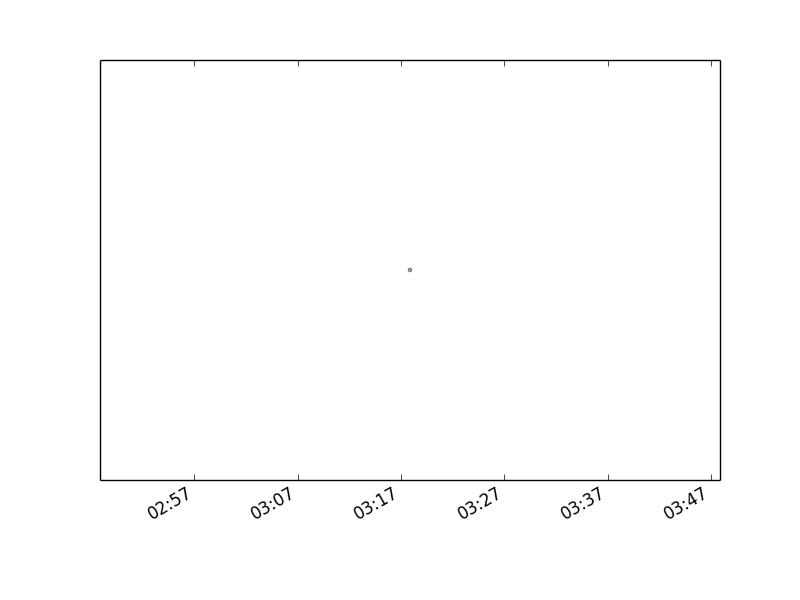 There was one domain that got in the mix that was a .tv. Yes, I know this didn’t need to be made into a graph for just 1 point, but my the script I made did it in milliseconds. 🙂