Don't be left out.

This is an informal response and my initial raw thoughts on The Follower Factory. Excuse any typos.

Saturday, The New York Times published The Follower Factory, which explains the age-old story of celebrities purchasing fake followers. The article exposes Devumi, a company that manages 3.5 million fake social media accounts so they can offer social-boosting services to high profile people. I was first surprised when I heard the company was based in America, as it’s quite common for companies based in India and other countries to take advantage of the offshore benefit by offering social media services and software. FollowLiker is one off-shore software that can be blamed for millions of spam likes, comments, follows and DMs sent to Instagram and Twitter users every month. If any social network knew who was responsible for it’s creation, a lawsuit would commence as they regularly have in the past against its competitors.

The NYT concluded the company has likely provided over 200 million followers, which I don’t think is that many in the big scheme of things. FollowLiker generates more than that on a monthly basis. Kim Kardashian has 106 million followers, which I’d bet more than 50 million of those are fake. Some may argue she runs engagement rate that averages a solid 2%. While 2% is an impressive engagement rate at that level of fame, the likes, to a degree would also be purchased. There’s too much money at stake for her to not keep that rate above 1%.

The problem with a lot of Devumi’s competitors, is the purchased followers look fake. The names look fake – the biographies, the profile picture, the location – it usually just doesn’t make sense and the profiles can be spotted easily. They are one of the most unique services on the market, since they’re able to offer American names, with realistic profile photos and the whole bit.

What writers Nicholas Confessore, Gabriel J.X. Dance, Richard Harris and Mark Hansen don’t understand is that these services aren’t just used to benefit others, but also to harm others. Allow me to explain.

Being someone of moderate success at a young age (for those who don’t know me), I’ve gathered a few people who are jealous of that and look for ways to harm that or disrupt my wellbeing. Yesterday I woke up to the notification of hundreds of followers being added to my Instagram account every few minutes. For one thing, that’s sure to annoy me for the duration of the campaign, but also put a real cap on my future engagement rate and not to mention the embarrassment of someone calling me out for buying followers when I really didn’t. 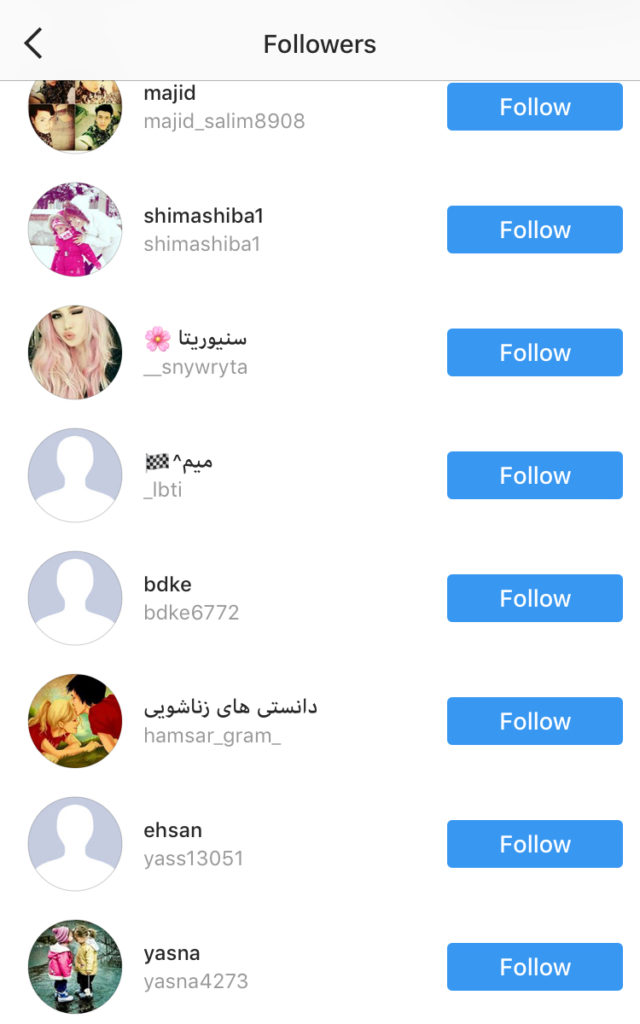 I can block the followers. I can report them, too. However, I don’t have the time to do it for thousands of accounts that can be added at the click of a button. I can turn my profile to private, but that just leads to thousands of follow requests that I don’t have time to individually deny. Instagram does not have the methods in place to handle such an incident, and frankly, they don’t care.

The NYT also drew some far-fetched conclusions on the customers of Devumi. They say there were court records on this but I didn’t see any links to sources, so I’m going to conclude that because NYT discovered that Devumi has accounts that follow celebrities, they believe those celebrities purchased followers from Devumi.

First, understand that companies like Twitter, Facebook and Instagram understand exactly how normal users act when signing up for a social network for the first time. There are specific actions and mistakes that a real person makes when signing up. They click in certain places. They pause on certain pages for certain amounts of time. As soon as someone doesn’t correlate with the data of real users, an account is locked, the IP address is flagged and it causes a lot of issues for companies trying to create fake accounts at scale. It gets complicated quickly.

There’s a page in the Twitter signup process where Twitter asks you if you’d like to follow any famous accounts and it suggests about 20. I dare you to click the little “skip” button and see if your account gets locked. I’m sure it will. So, to properly scale out a mass account registration campaign, you’d need to follow celebrities. Either when you’re prompted at registration, or later on, you mix in your followings with celebrities so it seems natural. Most people follow celebrities, so fake accounts should too.

Another reason why fake accounts would follow celebrities is so that Devumi’s clients cannot get discovered. What if their arsenal of accounts only followed people who paid for it? Well Twitter could wipe all of Devumi’s clients by looking at the followings of 1 fake account, which is what happened to one of my Twitter accounts upon testing this.

So just because an arsenal of fake accounts follows a celebrity, it doesn’t mean that celebrity volunteered to be involved. A company like Devumi would just be using that celebrity, to fool the social networks – and apparently The New York Times reporters too. I’d expect Michael Dell’s name to be removed before he realizes what they’re accusing him of.

What’s amazing is that if they actually control 3.5 million accounts, they’d need 3.5 million unique, low-risk, residential IP addresses to manage those and the only company on Earth known to provide that is of course, Luminati, but that’s a story for another day.

Questions? Comments? Hit up myself or any of the writers on Twitter. Kudos to the writers, it was a fun read. Good work.

Josh MacDonald
Josh is an internet marketer and entrepreneur best known for his SEO knowledge and software such as SerpClix and Keyword Scout.
←PreviousNext→ 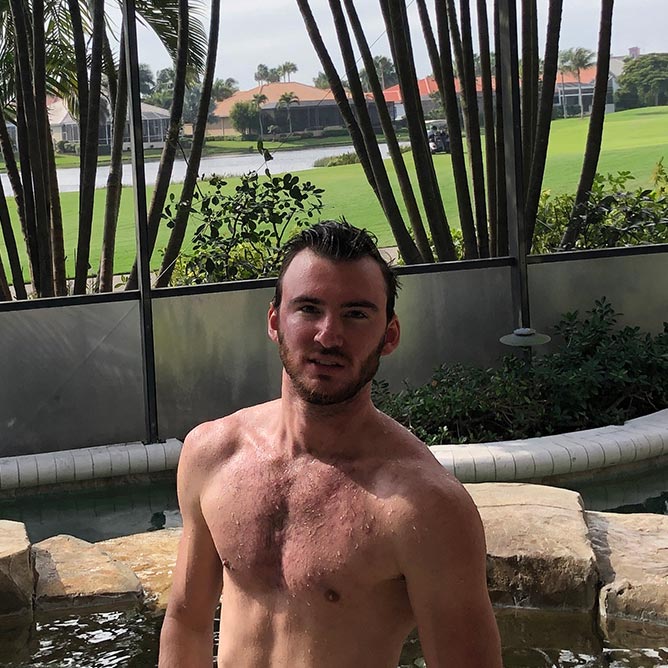 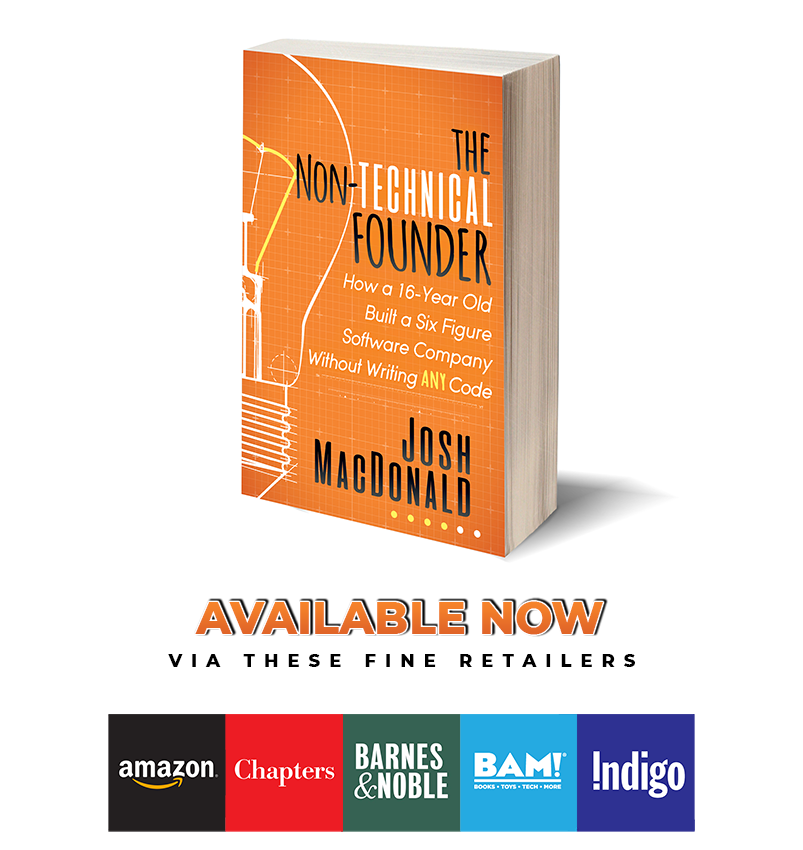